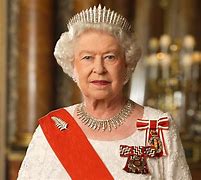 A Moment of Reflection on the Eve of the Funeral of Her late Majesty Queen Elizabeth II.

All citizen are invited to step outside their homes, just before 8.00pm, to observe the silence.

During the Minute we will have an opportunity, in silence, to reflect on the lifetime of service which Her late Majesty devoted to the United Kingdom, the Realms and Territories and to the Commonwealth.

The Queen was sure in her faith and steadfast in her duty, bringing constancy through 70 years of change.

We will remember Her late Majesty with affection and gratitude and silently give thanks in our hearts for her unswerving devotion to us and to our Country.

Silence will be kept

The vigil concludes with all citizens saying:

God Save The King

and the singing of the National Anthem