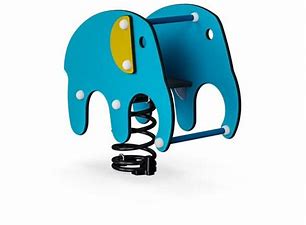 Earlier in the year as part of the capital schemes agreed by Ashington Town Council, the redevelopment of the Alexandra Road Play Area was top of the list.

Say NO to balloons and sky lanterns for celebrations and forever…

Ashington Town Council escalated their environmental campaign at a recent Finance and General Services committee meeting, with agreement to take a firm stance and publicly oppose the use of balloons and sky lanterns.  This came following discussion at the Council’s recently formed Climate Change Working Group.

The once popular balloon release has been overtaken by the trend to send off sky lanterns.  Both actions are detrimental to the environment and have no place in a forward-thinking, climate conscious society.

Sky lanterns consist of a paper-covered wire or bamboo frame and an open flame heat source which lifts the lantern into the air where it can float for miles from the point of release. Once extinguished the lantern falls back to the ground and poses a significant fire risk and can be hazardous to wildlife, farm animals and equines.

Sky lanterns are not currently banned in England or Scotland, whereas Wales have banned the use of them on all council land since February 2018.  Ashington Town Council support the stance of Northumberland County Council and Northumberland Fire and Rescue Services; we do not support the use of these devices and ask both the public and event organisers to refrain from using them.  Northumberland County Council has banned release on their land.  As well as supporting the stance, Ashington Town Council will consider joining the campaign to seek a UK-wide ban.

Sky lanterns are not safe for animals and the environment. They can cause injury, suffering and death to animals by ingestion, entanglement, and entrapment.  Marine life is also endangered by lanterns falling into the sea.

Sky lanterns can cause fires as they use an open flame to float. This risk can destroy habitats and set animal housing, feed and bedding alight.  During the dry summer months, the fire risk is increased as it becomes easier for grass and countryside to catch fire.

Members of the public often think that choosing a biodegradable lantern is a safer alternative, but it is not.  Biodegradable lanterns are made using materials such as bamboo instead of wire, but these can still take decades to degrade, added to which they remain a fire risk.

For those planning to use sky lanterns to celebrate a wedding, birthday, anniversary, or to see in the New Year, we ask that you reconsider in favour of one of the following genuinely safe alternatives:

These ideas and more are detailed in the links below, or you may have some ideas of your own.  You can also choose to speak out about the dangers, if you know friends and family have plans for a balloon or sky lantern release.

Rethinking The Celebration: Aftermath of Sky Lanterns and Balloons (waste4change.com) (Opens in a new window)

The dangers and impact on the environment are real.  In Northumberland alone, the evidence suggests that sky lanterns have caused fires, wasted the valuable time of our emergency services, misled aircraft and killed livestock.  Previously, Northumberland Fire and Rescue Service has responded to numerous fire related incidents involving these lanterns.   The service issued an announcement that can be read in full NFRS Flying Lantern Position Statement (Opens in a new window) and includes this statement:

“The risk of these occurrences will only increase if the use of sky lanterns increases, therefore Northumberland Fire and Rescue Service does not support the use of these devices and asks members of the public and event organisers to refrain from using them. Whilst these lanterns are undoubtedly a popular and beautiful sight, the potential damage they can cause is significant. For this reason, Northumberland County Council has banned the release of lanterns on its land.”

Ashington Town Council support the stance of Northumberland County Council on balloon and sky lantern releases and will formally adopt a policy that opposes the release of balloons and sky lanterns in Ashington. 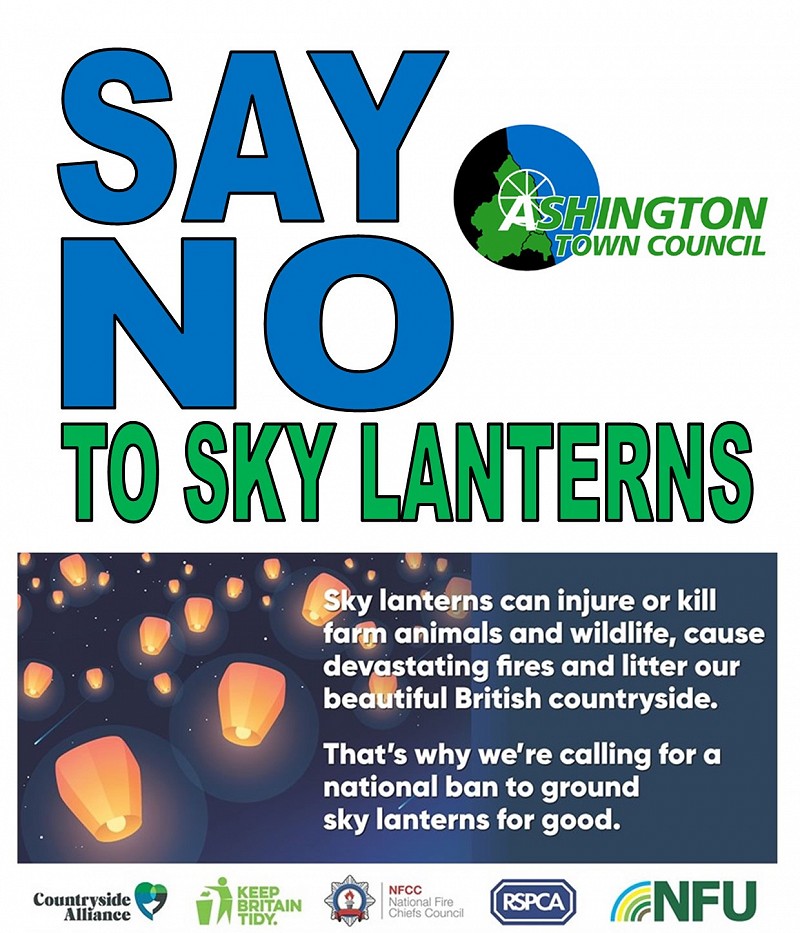 Earlier in the year as part of the capital schemes agreed by Ashington Town Council, the redevelopment of the Alexandra Road Play Area was top of the list.

Work to Commence on Alexandra Road...

Earlier in the year as part of the capital schemes agreed by Ashington... 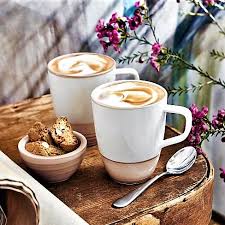 A Summer Coffee Morning in support of church funds will be held in the... 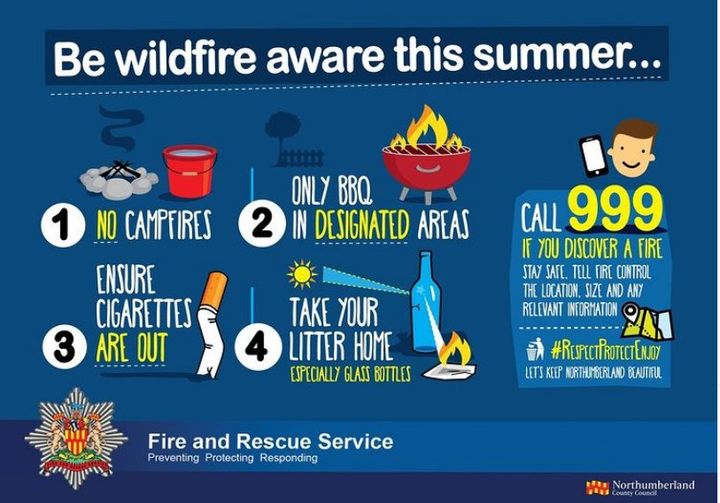 Be Wildfire Aware This Summer