The event took place on Sunday 12th June 2022, in Ashington Memorial Garden.  The Civic Head, Cllr Bob Walkinshaw laid a wreath on behalf of the town.

The Civic Head commented that “the service led by the Reverend Chris Groocock was well
attended and it was good to see the support for our Armed Forces.

The well attended service was led by the Reverend Chris Groocock from the Holy Sepulchre Church in Ashington.

The service demonstrated support to our current Armed Forces personnel and their families who make many sacrifices in serving their country as well as recognising those who took part in the Falklands Conflict in 1982. 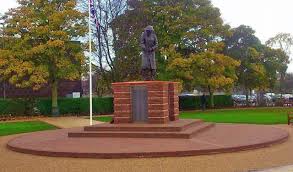