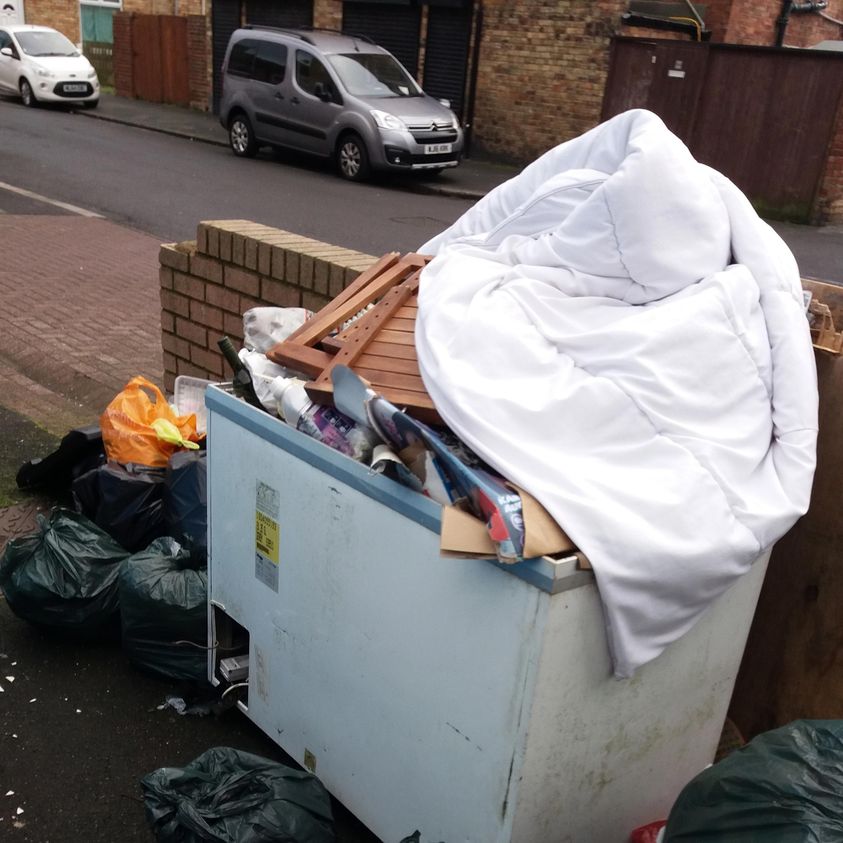 An Ashington man and woman who fly-tipped waste close to their homes have been brought to justice following investigations by the Environmental Enforcement Team at Northumberland County Council.

On the 9th of March 2022, Byron Ford, 25, of Pont Street, Ashington appeared before Newcastle Magistrates for an offence of fly-tipping. Ford was arrested on warrant after failing to appear at court on three occasions and was fined a total of £617.84.

On the 19th of January 2021 the council received a report of a fly tipping incident in the rear lane of Milburn Road, Ashington where a quantity of mixed household, waste including a freezer was dumped.

On the 12th of April 2022, Leanne Campbell, 28, of Portia Street, Ashington appeared before Newcastle Magistrates for two offences of fly-tipping. Campbell was arrested on warrant after failing to appear at court on two previous occasions and was fined a total of £434.

On the 1st of February 2021 and the 19th of April 2021 Northumberland County Council received reports of fly-tipping incidents in the rear lane of Portia Street, Ashington where on both occasions mixed household waste including a freezer and a pram were dumped in the lane.

Magistrates fined Campbell £150, ordered her to pay costs of £250 and a victim surcharge of £34 making a total financial penalty of £434.

“The council deals with more than 40 incidents of fly tipping a week in the Ashington area which is very costly to clean up.  In particular, The Colliery Rows and surrounding streets of Ashington have a high level of fly-tipping incidents, mainly of household waste being dumped in the rear lanes or on areas of spare ground.

" There are so many ways to get rid of waste responsibly and most of our residents do so. No matter what the waste, or the reasons behind it, fly tipping is a serious criminal offence and will be dealt with firmly by the council.”

“Residents should be able to enjoy their homes and local community without the eyesore of rubbish dumped by their irresponsible neighbours.

“Ashington Town Council works in partnership with Northumberland County Council to highlight and address enforcement issues. One of our key messages is that flytipping will not be tolerated and offenders will be prosecuted, as we have seen with these successful court cases.”